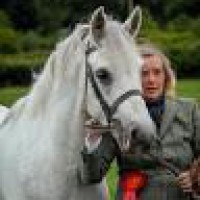 Extraordinary horse for the discerning customer

Corgary Lui, born in 2017, is a modern sport horse gelding with plenty of “blood” bred to jump and he does not disappoint. He is by Elusive Emir (TB USA), a thoroughbred stallion fully approved by the Irish Horse Board. In his breeding you will find Northern Dancer as well as Mr Prospector on both the sire and dam sides. Another well known stallion found in the pedigree is Secretariat.

On the damside of Corgary Lui we find a beautiful blend of European and Irish show jumping aristocracy. The mother, Clonguish Lady Lui (ISH) is by Luidam (KWPN). Luidamis in turn by Guidam (KWPN) who goes back to the legendary stallion Quidam de Revel. Luidam himself ridden by Billy Twomey, was one of the most consistent horses on the European circuit. On his stallion profile it says “He passes on an easy temperament, a nice shape with a long neck and strong legs”. I can confirm this has been passed on to his grandson Corgary Lui whose temperament is absolutely second to none.

Going back to Clonguish Lady Lui and her damside Clonguish Diamond. Here we will find the very best if Irish Showjumping breeding. Clonguish Diamond is by Telling Tales (ISH) a stallion by Master Imp (TB by Imperius). A stallion who is found in the pedigree of several international eventers and showjumpers. Telling Tales is out of a Clover Hill (ID) mare. Clover Hill should need no further introduction. In short he is the stallion who will make almost any offspring jump.

The excitement does not stop there! Clonguish Diamond is out of a Diamond Lad mare. Diamond Lad is one of the most successful breeding stallions by King of Diamonds, another one of the Irish greats.

So, does Corgary Lui live up to this more than fabulous pedigree? Yes he does!

During the spring of 2020 we have slowly brought this gelding into work, and boy is he quick to learn. He is interested, wants to please and just gets on with it all. Our pro Martin Hynes, who has broken more horses to ride than most, says that “Corgary Lui might go to history being one of the easiest horses to break”.

He not only has a brilliant attentive temperament, he has ability too. Jumping comes natural to him and size really does not matter, this horse can jump over the moon. He has been schooled over a range of show jumps and has had a look at the cross country course. Water, small ditches, fillers etc is no problems to this horse. He jumps with a good technique and with plenty of scope. Corgary Lui can move as well and shows off 3 good paces. He works in a beautiful shape and second to none rideability.

Corgary Lui would thrive as a competition horse which is what he is made for. We would love for him to go to someone, who will enjoy his special talent. He could excel in both showjumping and eventing.

How to buy a horse

Is this horse good for me